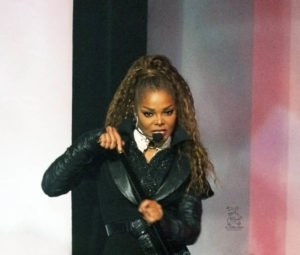 Janet Jackson is the Queen of precision and a leader in future performances. Her show reflected many themes, but three were quite apparent: Racism, Equality, and Feminism. Let me just say Ms. Jackson was the calmest, coolest and the most collected of all the artists I have ever seen. When she came out, the stage was set with three red panels, and you knew at once it was going to be an interesting ride.

The show consisted of the costumes (there were few exceptions to the rule), being Black and White with occasionally gold flecks incorporated.  The costumes reflected casual clothing to high class looks. Was this a representation of all the working classes and to show no matter where you are on the scale,  you have to deal with racism no matter where you work? It’s a question still not answered by the show.

This theme of equality is not a new idea; however the presentation of how it was interpreted was very interesting. This was one of the most diverse collections of artist dancers I have ever seen in a concert. The dancers showed an equality of representing every nationality and body shape. They were skilled and precise in their movements and actions. 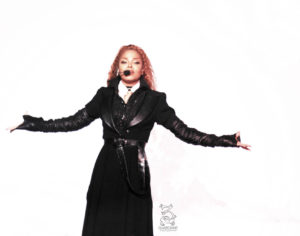 The topic of women being abused began with an intermission video showing images of Jackson in a number of stages of beauty to being beaten on the face. As Jackson came out on stage, two sets of Men and Women, came out and preformed two stories. One that reflected drugs and sniffing coke which lead to beating their partner, and the other of verbal and hitting abuse. The story then changed positions. The women, rose up and stood up for themselves was an interesting twist while Ms. Jackson sang. That particular event ended with Jackson making sure the guy dancer was sprawled on the floor, three female dancers and Jackson were left on the stage, standing as proud women of strength. Jackson then replied, “I was one of these” and walked off to break for the next song. 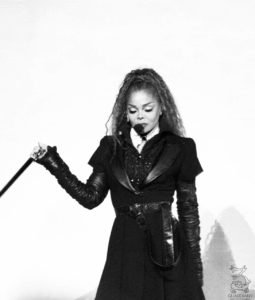 What also struck me was Jackson’s full frontal grab and slide of one of the male dancer’s crotch. Guess if they can do it to women they can do it to men. Equality, Feminism, not so sure on that point, but it is definitely a cause for discussion. Why is it that if a man grabs a woman, we don’t seem to react or think too much of it, but if a women grabs a man, suddenly we are shocked at how possibly forward the women is being? That shock factor in reality, should be the same for when a Man grabs a Women in the same context; there should be a moment of shock and the questioning of it, but there isn’t. I don’t condemn or praise Jackson in the move, but only to say the act it’s self is a good reminder of challenging the social statuses of the human race and that the discussion is defiantly needed. 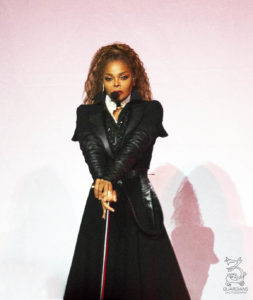 The night apparently ended with “Rhythm and Nation” or so we thought. The Vancouver audience didn’t want it to end, so with great earnest the fans raised up their cell phones, and the arena was all a glitter with lights. Five mins later the fog rolled back onto the stage and Jackson came out.  She sang another three to four songs; then spoke to the audience about why Vancouver was close to her heart. She then continued to introduce everyone on stage by name and what they did. This encore, I feel was the most intimate I have experienced thus far. It felt like Jackson’s performance mask came off and there stood Ms. Janet Jackson introducing her artist family. The emotions rippled off the stage as they were introduced. They felt close, connected and something personal that she was sharing with the audience. As the last song was sung, she said, “Thank you Vancouver” walked down the back stairs and as she disappeared, a video played showing behind the scenes of her and the dancers. The video ended with her signature gracefully written on the screen. 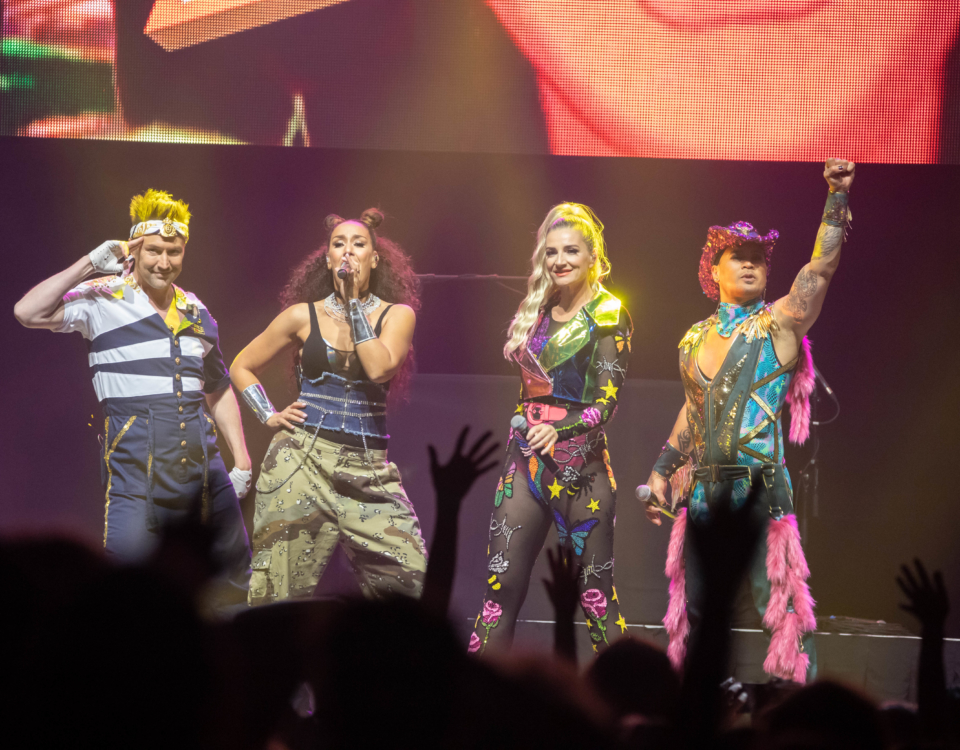